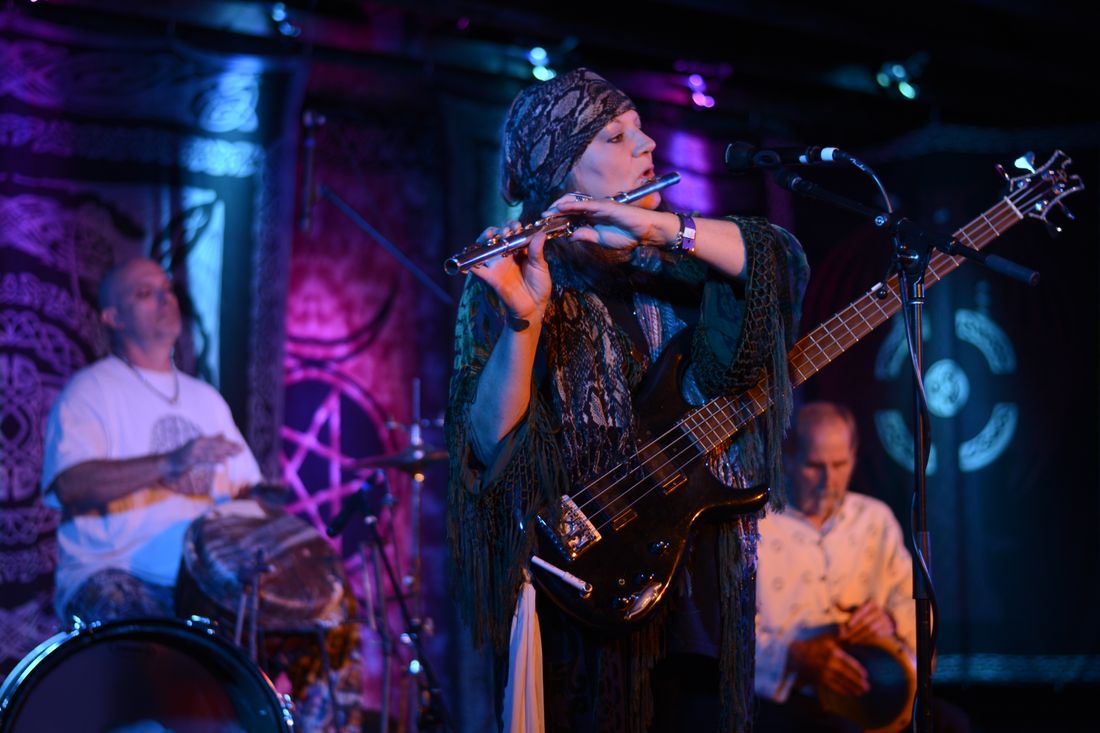 Lynda Millard is an accomplished singer songwriter whose career spans many successful original band projects in which she contributed her life changing songwriting, signature bass playing, vocal prowess and spine tingling command of the flute. Together with Ginger she founded the popular rock band Dreamtrybe in the early 2000's and before that, helped form and was a front member of the highly acclaimed Velvet Hammer.  Now touring with Ginger Doss, she contributes not only her talents on bass, vocals and flute, but her songs and energy as well. Best of friends, when Ginger and Lynda  join their voices and songs, the connection between their souls is palpable. They have a harmonic grace that can only come from an energy that spans many lifetimes, not only musical but physical incarnations as well.

NEW: Lynda is making a new album and would love your support to get it done!!  Click here to visit her GoFundMe. Then stay tuned for more amazing music from Lynda Millard!

Introducing the first single from the new Lynda Millard album. By choosing the amount you wish to pay in the price box, you help to support the completion of this special album project currently in process. Thank you for your support!

CD's now available. This "Best Of" Collection of Lynda Millard favorites has her greatest songs from multiple releases over the years including Velvet Hammer, Dreamtrybe and DossMillard all in one place! Each limited addition disc is loving hand titled by the artist in calligraphy and signed.